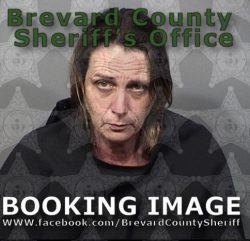 The Brevard County Sheriff’s Office has arrested 47-year-old Lorie Morin of Cocoa for shooting her boyfriend during a domestic violence incident. Morin was charged with Attempted Murder and Aggravated Battery and is currently being held at the Brevard County Jail on a No Bond status.

The investigation began on the evening of March 6, 2019, when deputies responded to a residence on Emerald Lake Drive, unincorporated Cocoa, in reference to a male who had been shot. Initial reports and the preliminary investigation to include both parties’ statements inferred the incident was an accidental shooting. The victim was taken to a local hospital where he is in stable condition recovering from his injury.

As the investigation continued, it was determined that the shooting actually occurred during a domestic violence incident between the female suspect and the male victim. The investigation determined that an argument ensued between the two over the male snoring loudly. Both parties had been drinking prior to and during the argument. The dispute allegedly escalated to a point where Morin retrieved and fired a shotgun striking the victim.