NR 18-07  Deputies Searching For Man Who Fled From Custody 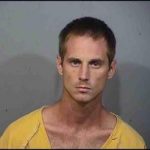 The Brevard County Sheriff’s Office, is currently searching for 27-year-old, Joshua Andrew Walker. Walker fled deputies earlier this morning when they were attempting to take him into custody after he had broken into his parent’s business. He was last seen in the area of Carib and Marino Drive, Merritt Island at approximately 7:30 a.m. this morning when he asked a citizen for a cigarette.

Walker fled from the custody of a deputy early this morning after a call was received from his mother stating that he had stolen a vehicle and then broke into a business they owned in Merritt Island. When deputies arrived at the business, Walker was being held down on the ground by the mother’s boyfriend. After being handcuffed by the deputy, she attempted to check the status of his parents when Walker fled on foot. Deputies then searched the area Walker was last seen without success in locating him.

Walker is described as being approximately 5’10” tall, weighing 145 pounds, brown hair and eyes. He was last seen wearing only faded pink boxer shorts.

Citizens are being asked to not approach Walker if he is observed, to call either 911 or the Brevard County Sheriff’s Office at (321)633-7162.