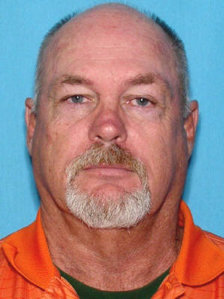 The Brevard County Sheriff’s Office Economic Crimes Task Force has culminated an investigation into the allegations of fraudulent activities with the arrest of 65-year-old John Franklin Tice of 67 Stevenson Street, West Melbourne, earlier today after an arrest warrant was issued by a judge charging him with Scheme to Defraud under $20,000.00, Communications Fraud, Depositing an item with the intent to Defraud, and Grand Theft.

The investigation was initiated in May of 2017, after the Melbourne City Council and city officials were made aware of possible fraudulent activities conducted by Tice when he served as the Executive Director of the Honor America/Liberty Bell Museum.  The suspicions centered around a donation that was diverted by Tice from the Liberty Bell Museum financial accounts to the Brevard Hall of Fame financial accounts of which Tice was registered as the President.  It was believed that Tice used this money for personal use.

The investigation has revealed that in 2015, Tice was put in charge of securing a contractor to repair the roof of the museum.   Tice secured a proposal from a roofing company to make the repairs and the City of Melbourne and the museum would split the cost.  Upon receiving the first payment, the roofing company made a monetary donation of $7,000.00 via a check payable to the museum.  Tice directed the roofing company to take the check back and reissue the check payable to the Brevard Hall of Fame.  Tice then used those funds for personal purchases such as:

Agents found that the Brevard Hall of Fame was not an active charity at the time, having had no meetings as is required by the State of Florida.  Tice was relieved of his position as Executive Director of the museum in February of 2016 for another unrelated matter.