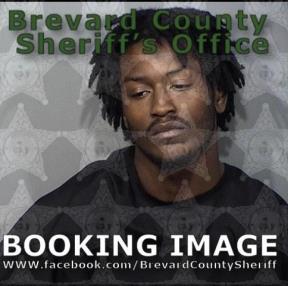 The investigation began yesterday afternoon after a 911 emergency call was received indicating that a child had been shot. Upon arrival, deputies learned that the child had been riding in a vehicle traveling southbound on I-95, south of State Road 520, when the passenger window shattered. The driver pulled off at the Fiske Boulevard exit and realized that the child had received a wound to the head. The victim was airlifted from the scene to an Orlando hospital where he was released last night.

Deputies responding to the scene observed Weaver on the south end of Tucker Lane, Cocoa, with a rifle in his possession. The investigation revealed that he had been shooting the rifle on Tucker Lane when one of the projectiles struck the vehicle the victim was a passenger in, causing his injury, as well as superficial injuries to two other passengers from the shattered glass. It was determined that the shooting was accidental and Weaver did not intentionally aim at the vehicle. Weaver was also found to be in possession of marijuana.

Anyone who may have information about this incident is asked to please call Agent Garrett Dewind of the Brevard County Sheriff’s Office West Pct. General Crimes Unit at 321-617-7306.