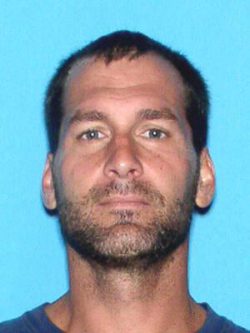 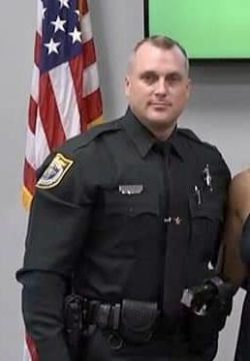 The Brevard County Sheriff’s Office is updating the Officer Involved Shooting incident that in unincorporated Indialantic.

On June 4, 2019, at approximately 8:30 p.m., the Brevard County Sheriff’s Office responded to a disturbance call at a residence on Avenida De La Vista. The complainant was concerned for their safety and called in reference to a neighbor who had threatened the complainant. The deputy separated the parties and spoke briefly to the complainant and then turned his attention to the neighbor who was later identified as Erick Gebauer. Gebauer was being uncooperative and acting in an agitated manner. Due to the actions of Gebauer, the deputy requested backup deputies respond to the scene. After briefly losing sight of Gebauer, who had walked behind a vehicle, the deputy heard a firearm being chambered as he walked up to talk with him. The deputy immediately began a tactical retreat seeking cover as Gebauer reappeared armed with a firearm. The deputy was then shot three times. The deputy responded to the lethal threat with deadly force, neutralizing the threat. Gebauer was pronounced deceased at the scene.

As a result of the investigation, it appears as if Gebauer was agitated as a result of the complainant caring for community cats in the area. A review of records reflects that Animal Services received two calls for service in May of 2018 in reference to community cats in the area. An Animal Enforcement Officer responded to the call and provided information and worked with a local rescue who assisted in having 20 feral cats trapped and neutered.

The decedent is identified as 45-year-old, Erik Gebauer, of Indialantic. Gebauer has a previous arrest history that includes charges of Aggravated Battery on a Law Enforcement Officer, Fleeing and Eluding, Resisting an Officer without Violence, Burglary, Stalking, Aggravated Battery Domestic Violence and multiple traffic offenses. Deputies last responded to Gebauer’s residence in September of 2017 in reference to a suspicious person complaint.

The deputy involved in the incident is identified as Deputy Paul Phillips. Deputy Phillips has been a member of the Sheriff’s Office since November 2018. He is currently assigned as a patrol deputy at our South Precinct. Deputy Phillips is a combat veteran who proudly served in the United States Army for 14 years. Deputy Phillips who retired from the army as a Staff Sergeant was in the Infantry and was deployed to Iraq on two tours of duty. Deputy Phillips remains hospitalized where he is progressing well after a lengthy surgery. He is expected to make a full recovery.

As is customary in officer involved shootings, Deputy Phillips has been placed on paid Administrative Leave pending the outcome of the investigation.

The investigation of this incident is ongoing. We will provide updates and further details as they become available. Anyone who may have information about this incident is asked to please call Agent Don Reynolds of the Brevard County Sheriff’s Office Homicide Unit at 321-633-8413.