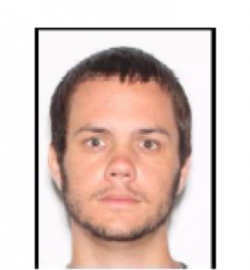 The Brevard County Sheriff’s Office has arrested 30-year-old, Robert McGlynn of West Melbourne for the shooting death of 21–year-old, Isaac Foster. The incident occurred on Gray Road, unincorporated West Melbourne, on September 3, 2019. McGlynn was charged with 2nd Degree Murder and is being held at the Brevard County Jail under a no bond status.

The investigation began shortly before 10:00 p.m., Tuesday evening after the Sheriff’s Office received a report of a shooting where one person was injured. Upon arrival, deputies found Foster outside the residence suffering from multiple gunshot wounds. He was transported from the scene to a local hospital where he later succumbed to his injuries.

The investigation has determined that McGlynn and Foster, who both live on the property, were involved in an argument. The argument escalated to the point where McGlynn produced a firearm, shooting the victim multiple times. 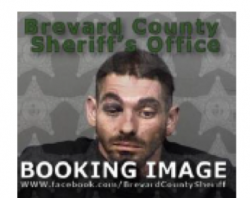 After the shooting, McGlynn fled the scene in a vehicle that was immediately observed by West Melbourne police officers. The vehicle was pursued to the intersection of Eau Gallie Boulevard and Wickham Road where Melbourne police officers successfully deployed stop sticks, disabling the vehicle. McGlynn then attempted to flee on foot from the disabled vehicle and was apprehended in the area after a short search that included officers from both Melbourne, West Melbourne and Sheriff’s Office deputies.

Anyone who may have information about this incident is asked to please call Agent Philipp Urbanetz of the Brevard County Sheriff’s Office at 321-633-8413 or CRIMELINE at 1-800-423-TIPS(8477). All calls to CRIMELINE are confidential and callers can remain anonymous and be eligible for a reward.