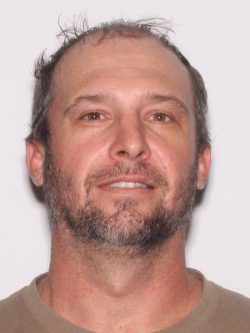 The Brevard County Sheriff’s Office is updating an investigation resulting from a shooting incident that occurred during an alleged domestic dispute on April 5, 2020, in unincorporated Satellite Beach.

The investigation began April 5, 2020, at approximately 5:15 p.m., when an emergency 911 call was received from an individual who reported they had shot a family member during a domestic related argument. Deputies responded to the residence located on South Point Court finding a male subject who had been shot. The male was provided emergency medical treatment, however was pronounced deceased at the scene. The decedent is identified as 40-year-old, James Robertson of Satellite Beach.

There have been no charges filed at this time and the decedent was transported to the Brevard County Medical Examiner’s Office where an autopsy will be conducted.

At this time, the Sheriff’s Office is not releasing the name of the other party involved in this incident. The name is being withheld due to the recent constitutional revision of Article 1, Section 16, “Marsy’s Law,” which states: (5) “The right to prevent the disclosure of information or records that could be used to locate or harass the victim or the victim’s family, or which could disclose confidential or privileged information of the victim.”

The investigation is ongoing and upon completion will be forwarded to the State Attorney’s Office for review.

Anyone who may have information about this death investigation is asked to please call Agent Philipp Urbanetz of the Brevard County Sheriff’s Office Homicide Unit at 321-633-8413 .