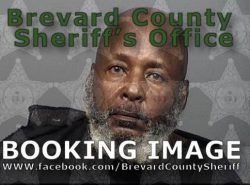 The Brevard County Sheriff’s Office Homicide Unit is investigating the death of an inmate that occurred on Sunday, September 27, 2020 at the Brevard County Jail. At approximately 9:30 a.m., 59-year-old, Henry Lee Walker of Cocoa, was found unresponsive in his cell. Mr. Walker was received in the jail on September 27, 2020, at approximately 1:10 a.m., after being arrested for DUI by the Rockledge Police Department. Mr. Walker was also charged with violating his sex offender probation.

Mr. Walker was transported to a local hospital where he was pronounced deceased. Investigation into the circumstances surrounding the death is continuing, however, the preliminarily evidence indicates that Mr. Walker committed suicide.

Mr. Walker was transported to the Brevard County Medical Examiner’s Office where an autopsy is expected to be completed tomorrow.

This is the first suicide to have occurred at the Brevard County Jail since January 20, 2018.

Anyone who may have information about this incident is asked to please call Agent Philip Urbanetz of the Brevard County Sheriff’s Office Homicide Unit at 321-633-8413 or CRIMELINE at 1-800-423-TIPS (8477). All calls to CRIMELINE are confidential and callers can remain anonymous and be eligible for a reward.