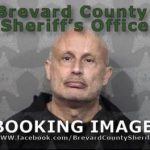 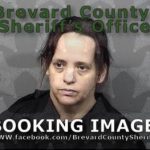 Earlier today members of the Brevard County Sheriff’s Office arrested two Brevard County teachers charging them with child neglect and contributing to the delinquency of a minor.

Agents arrested 50-year-old, James Brand and 45-year-old Amy O’Reilly-Brand, both of Viera, after a warrant was issued by the Honorable Judge Thomas Brown, charging both subjects with Child Neglect and Contributing to the Delinquency of a Minor.

The investigation began earlier this month after a complaint was received by the Department of Children and Families that both individuals were allowing their underage daughter to have a sexual relationship with an adult and were also supplying and consuming marijuana with students from the high school where they were employed as teachers.

The investigation has determined that James Brand and Amy O’Reilly-Brand allowed an adult male to move into their residence and engage in an ongoing sexual relationship with their underage daughter. The investigation further revealed that the two defendants supplied and consumed marijuana with underage students at their residence on multiple occasions, however no evidence was uncovered during the investigation to indicate that any criminal activity took place on school grounds at Viera High School where the two were employed.

Both subjects were taken to the Brevard County Jail where they are currently being held on a $12,500 bond.

Anyone who may have information about this investigation is asked to please call Agent Cory Jackson of the Brevard County Sheriff’s Office Special victim’s Unit at 321-633-8419.