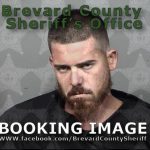 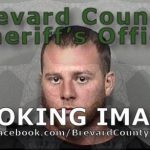 The Brevard County Sheriff’s Office has arrested two additional suspects for their involvement in a home invasion robbery that led to the death of 25-year-old Matthew Nicol of Merritt Island.

29-year-old, Brian Vogel of Cocoa and 28-year-old, Chase Harrison of Rockledge were arrested after arrest warrants were issued charging each with First Degree Felony Murder, Armed Burglary of a Dwelling and Animal Cruelty.  Both suspects were arrested at the Brevard County Jail where they were already incarcerated on multiple drug charges. Both are being held on a No Bond status.

The investigation began on March 3, 2021, when deputies responded to a residence on East Hall Road after receiving a call from a resident advising that he had heard what he believed to be gunshots and glass breaking and upon investigating the noise found Nicol injured in the residence. Deputies arrived at the residence finding Nicol deceased.  The scene was secured and agents from the Homicide Unit and Crime Scene Investigators began the investigation.

The investigation has determined that Vogel and Harrison were part of a group that went to the residence to commit an armed robbery seeking drug and drug proceeds.  In what appears as an attempt to overcome any resistance from persons at the residence, the group dressed in replica attire simulating the appearance of law enforcement.  This included tactical pants and shirts, helmets, communication devices, rifles and replica Sheriff and DEA patches.  As the group entered the residence, they were confronted by Nicol’s pet dog, which was shot and killed by one member of the group.  Nicol was then confronted by the group at which time he was also shot.  The group then exited the residence and fled the area.  Disturbingly, residents and their associates then removed evidence relating to the drug activities from the residence prior to notifying law enforcement of the crime.  Agents were able to use information gained from the rental of a U-Haul van the group used to travel to and from the crime scene along with witness statements and other evidence collected to assist in the identification of the members of the group.

The investigation is ongoing and more arrests are expected in the near future.

Anyone who may have information about this death investigation is asked to please call Agent Don Reynolds of the Brevard County Sheriff’s Office Homicide Unit at 321-633-8413 or CRIMELINE at 1-800-423-TIPS (8477).  All calls to CRIMELINE are confidential and callers can remain anonymous and be eligible for a reward.