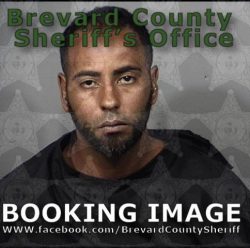 The Brevard County Sheriff’s Office has identified the victim in yesterday’s homicide that occurred on West Ridgewood Drive in unincorporated Cocoa.  The victim is identified as 75-year-old Juan Nunez of Cocoa.

Homicide Agents have also arrested 37-year-old Juan Ortiz of Cocoa, after an arrest warrant was issued charging him with Second Degree Murder and Tampering with Evidence.  He is currently being held at the Brevard County Jail Complex on a No Bond status.

The investigation began on Monday, June 27, 2022, when deputies responded to South Ridgewood Drive at approximately 11:00 a.m., after the Sheriff’s Office was contacted by a resident who advised a male stated he had killed someone.  The caller advised the unknown male left their residence on foot.   Deputies located the male after a search of the area was completed and a deceased male victim was also located at a residence on West Ridgewood Drive.

The investigation thus far has found that Ortiz moved in with the victim, who owns the residence on West Ridgewood Drive, on June 26, 2022.  During the morning hours of June 27, 2022, Ortiz armed himself with a machete and struck the victim multiple times causing his death.  Ortiz was in the process of attempting to conceal the body of the victim in the backyard of the residence when he was confronted by deputies.   Agents are still in the process of gathering additional information regarding the circumstances that occurred prior to the victim’s death.