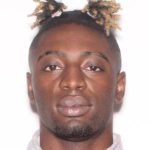 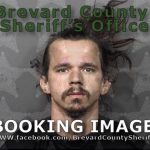 The Brevard County Sheriff’s Office has identified the victim in yesterday’s homicide that occurred on Cypress Avenue in Mims.  The victim is identified as 21-year-old Tommy Leon Brothers of Mims.

Homicide Agents have also arrested 27-year-old Corey Ward of Titusville, after an arrest warrant was issued charging him with First Degree Murder and Robbery with a Firearm.  He is currently being held at the Brevard County Jail Complex on a No Bond status.

The investigation began on Monday, August 22, 2022, when deputies responded to the area of Cypress Avenue in Mims, at approximately 6:00 p.m., after the Sheriff’s Office was advised that a person had been shot.  Upon arrival, deputies located a male victim who was transported to the hospital where he was pronounced deceased.  A short time after the shooting, a vehicle was stopped in the area of I-95 and State Road 46 by deputies that was believed to have been involved in the incident.

The investigation thus far has found that Ward travelled from Orange County with two other persons to Mims for the purpose of selling drugs.  Upon arriving on Cypress Avenue, Ward met with the victim, at which time there was a disagreement over the transaction that ended with Ward shooting and robbing the victim.  Ward then immediately left the area in the vehicle that was later stopped by deputies.  Evidence was recovered from the vehicle that linked Ward to the shooting and robbery.