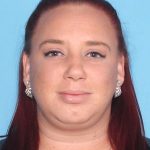 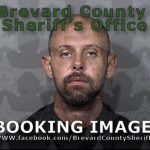 The Brevard County Sheriff’s Office has identified the victim in the homicide that occurred on Oriole Circle in Barefoot Bay during the early morning hours of August 23, 2022.  The victim is identified as 35-year-old Ashley Perala of Barefoot Bay.

Homicide Agents have also arrested 41-year-old William Chambless of Barefoot Bay, after an arrest warrant was issued charging him with Second Degree Murder with a Firearm and Possession of a Firearm by Convicted Felon.  He is currently being held at the Brevard County Jail Complex on a No Bond status.

The investigation began on Tuesday, August 23, 2022, when deputies responded to the couples’ residence at approximately 1:00 a.m. in reference to a report that the victim had been shot.   Upon arrival, deputies located the victim inside the residence where she was pronounced deceased.  At the scene, Chambless advised that he had been in another room of the residence when he heard voices and a gunshot.   Upon investigating the noise, he located the victim.

During the investigation, agents located evidence that disputed the story of Chambless.   During a search, a firearm was discovered outside the residence in an area where Chambless was observed after the shooting.   The recovered firearm matched the caliber used to cause the victim’s death.