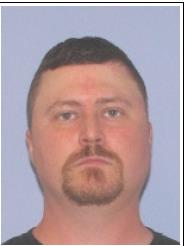 A joint investigation between the Brevard County Sheriff’s Office and Immigration Customs Enforcement/Homeland Security Investigations has led to the arrest of 33-year-old, James Groover II. Groover was arrested on Tuesday evening, June 18, 2019, out of state, on charges of Possession of Child Pornography. He is being held on $200,000 bond awaiting extradition to Brevard County.

The investigation began on June 17, 2018, when a border search was conducted on electronic devices Groover had in his possession as he disembarked from a Carnival Cruise at Port Canaveral. The search was conducted in reference to a notification that Groover was possibly a sexual offender. The devices were detained by members of Customs and Border Patrol and Homeland Security Investigations who then released Groover. Agents from the Brevard County Sheriff’s Office were contacted on June 18, 2019, to conduct a forensic examination on the devices where images of child pornography were located.

The Brevard County Sheriff’s Office with the assistance of the Brevard/Seminole State Attorney’s Office then obtained a warrant for Groover’s arrest for the possession of child pornography. BCSO Agents then contacted investigators from Groover’s residence jurisdiction who were able to locate Groover and arrest him on the warrant.

The investigation has revealed that Groover was convicted of Possession of Child Pornography in 2006. He was required to register as a Sexual Offender for a period of ten years, which ended in 2016. Groover also has a previous conviction for Arson.

Groover’s address is not being released at this time due to the nature of the investigation and the active and ongoing status.

The investigation is continuing as forensic agents have not finished the search of the laptop computer and agents are attempting to identify the victim(s) observed in the images of child pornography.