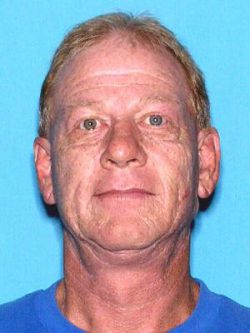 The Brevard County Sheriff’s Office has arrested 54-year-old, Richard Todd Blankenship of Mims, in the shooting death of Terence Irwin that occurred on January 1, 2018. Blankenship was arrested after a warrant was issued by a judge charging him with Second Degree Murder, he was transported to the Brevard County Jail Complex where he remains on a No Bond status.

The investigation began after deputies responded to Quail Haven Drive, Mims, at approximately 8:00 pm on New Year’s Day. The response was initiated after a 911 call was received from the residence indicating that a man had been shot. Upon arrival, Blankenship told deputies that he had shot the victim in self-defense after the victim attacked him. The victim was transported from the scene to the hospital where he later died from his injuries. An autopsy was conducted by the Brevard County Medical Examiner who determined the death to be a homicide.

Anyone who may have information about this Homicide is asked to please call Agent Wayne Simock of the Brevard County Sheriff’s Office Homicide Unit at 321-633-8413 or CRIMELINE at 1-800-423-TIPS (8477). All calls to CRIMELINE are confidential and callers can remain anonymous and be eligible for a reward.