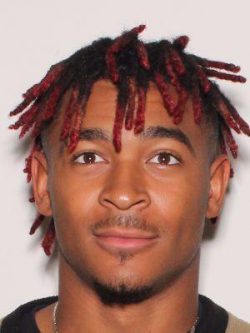 The Brevard County Sheriff’s Office is investigating a shooting incident that occurred yesterday evening in Merritt Island during an alleged dispute over a gambling debt.

The investigation began June 17, 2020, at approximately 6:55 p.m., when an emergency 911 call was received advising that a shooting had occurred at the Courtenay Palms Apartments. Deputies responded to the area finding three adult males suffering from gunshot wounds. All three males were transported to local hospitals where one of the men was later pronounced deceased. The decedent is identified as 19-year-old, Devyon Collins of Cocoa.

The investigation thus far has determined that the shooting occurred after the three males became involved in a dispute concerning a gambling debt.

At this time the Sheriff’s Office is not releasing the names of the other persons involved in the incident. The investigation is ongoing and no arrests have been made.

Anyone who may have information about this death investigation is asked to please call Agent Don Reynolds of the Brevard County Sheriff’s Office Homicide Unit at 321-633- 8413 or CRIMELINE at 1-800-423-TIPS (8477). All calls to CRIMELINE are confidential and callers can remain anonymous and be eligible for a reward.