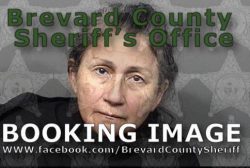 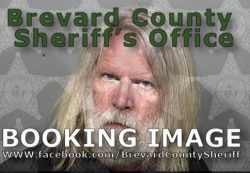 A cooperative investigation between the Indian Harbour Beach Police Department, Brevard County Sheriff’s Office Economic Task Force and Fugitive Units has led to the arrest of two fugitives. Leandro Javier Obenauer was arrested by the Fugitive Unit yesterday on warrants for the charges of Scheme to Defraud-Swindle and Violation of Probation for Racketeering and Theft over $100,000.

The investigation leading to the arrest began on September 25, 2020, when the Indian Harbour Beach Police Department received a call from a concerned citizen concerning a potential scam in which he gave a male, who identified himself as James Cook of Cabo San Lucas LLC, more than $150,000 for the construction of a high end solar roof. During the course of the investigation between IHB PD and the Sheriff’s Economic Crimes Task Force, it was discovered that the individual known as James Cook had moved to Brevard County in December 2019 and began doing business as a solar roof contractor under the business name of Cabo San Lucas LLC and Powerhouse Roofing. Cook rented a home in Melbourne Beach and often rented private jets presenting the illusion that he was a successful businessman. The investigation ultimately revealed that James Cook, who was utilizing a fake South Carolina Driver’s License, was in fact 51-year-old, Leandro Javier Obenauer, of Orlando, a fugitive who Orange County had been actively searching for over three years.

Once the warrants were verified, IHB PD contacted the Brevard County Sheriff’s Office Fugitive Unit. IHB PD and the Fugitive Unit immediately developed a plan to locate and arrest Obenauer and his associate / girlfriend, 67-year-old, Myriam Torres, who had an active warrant out of Orange County for Fraud. Obenauer was taken into custody after Deputies observed him loading equipment into a vehicle from a store front he rented (under the name of James Cook).

Deputies additionally arrested Torres at their beachfront residence located at 5745 South Highway A1A, Melbourne Beach, Florida. They were both transported to the Brevard County Jail, with Obenauer being held on multiple out of county warrants and Torres on a bond of $50,000.

The original investigation is active an ongoing relative to pending victims. If you believe you may have been a victim of any of the following entities: Cabo San Lucas LLC, Powerhouse Roofing, James Cook or Leandro Obenauer, please contact the Indian Harbour Beach Police Department at 321-773-3030 or the Brevard County Sheriff’s Office Economic Task Force at 321-633-8410.