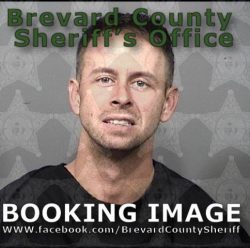 unty Sheriff’s Office has arrested 33-year-old, Daniel Patregnani of Clearwater, Florida, for seriously injuring a woman by intentionally striking her with his vehicle.  Patregnani was arrested after an arrest warrant was issued charging him with Attempted 1st Degree Murder.  Patregnani is currently being held in the Brevard County Jail on a No Bond status.

The investigation began at approximately 2:00 pm on November 18, 2021, when deputies responded to the area of Pineda Causeway just east of I-95, after an emergency 911 call was received stating that Patragnani had struck a woman with his vehicle.  The caller further advised that Patregnani was also on top of the woman choking her.  Deputies arrived to find the victim seriously injured and Patregnani being restrained by off-duty law enforcement officers who were driving by the incident and stopped to assist.

This investigation is continuing and updates will be provided as more information becomes available.

Anyone who may have information about this investigation is asked to please call Agent Bruce Connors of the Brevard County Sheriff’s Office Homicide Unit at 321-633-8413 .