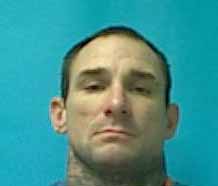 The Brevard County Sheriff’s Office has identified the kidnapping suspect who was fatally shot Saturday evening, June 25, 2022, in Grant.  The male is 42-year-old Curtis Kimbrough of Cocoa Beach.  Kimbrough had a lengthy felony record and was most recently released from the Florida Department of Corrections after serving a five year sentence for Trafficking Methamphetamine and Possession of a Firearm by Convicted Felon.

The incident began at approximately 8:00 p.m. on June 25, 2022, when the Brevard County Sheriff’s Office was contacted by the Indian River County Sheriff’s Office advising they were in pursuit of a suspect vehicle with a possible hostage from a kidnapping incident that occurred in Osceola County where the victim was shot.   The pursuit continued through the southern part of Brevard County with the suspect firing multiple times at Indian River County Deputies.  The pursuit ended when the vehicle became disabled in a field in the area of Old Dixie Highway and Foley Lane in Grant.

The female victim of the kidnapping and shooting was able to escape from the suspect’s vehicle and was rescued by deputies.   The male suspect then exited the vehicle while holding a gun to the head of a second female victim and entered a wooded area.  The suspect and female hostage were tracked by Aviation Units from the Brevard, Indian River and Osceola County Sheriff’s Offices until a team of officers were able to intercept them.   An exchange of gunfire occurred between the suspect and members of the Indian River and Brevard County Sheriff’s Offices and the Sebastian Police Department.  The suspect was fatally wounded and the hostage was rescued.  No law enforcement personnel sustained any injuries during the incident.

The identities of the victims or law enforcement personnel involved in the incident are not being released at this time.

As is customary in officer involved shootings, the Brevard County Deputies have been placed on paid Administrative Leave pending the outcome of the investigation.

The investigation of this incident is ongoing and being conducted by the Brevard County Sheriff’s Office Homicide Unit.   Additional updates and details will be provided as they become available.